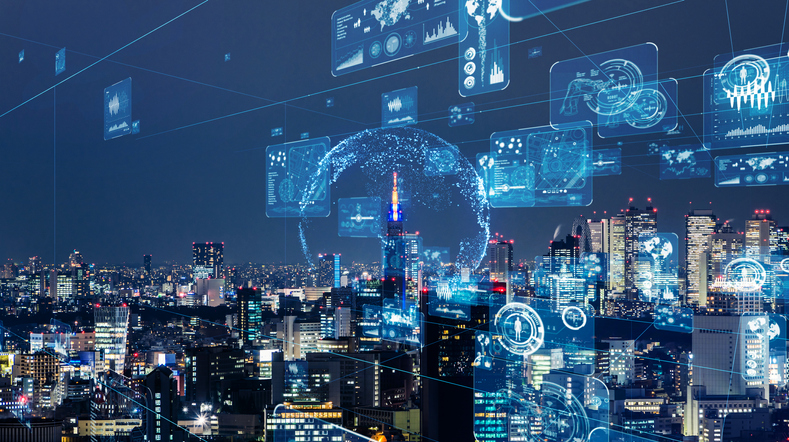 As the major network including TELUS continue to prepare for the roll out of the next generation in wireless communication, anticipation swells surrounding the potential business implications.

What is 5G technology?

5G technology can be a little confusing, depending how deeply you want to dive into the logistics. Put simply, 5G technology represents the fifth generation of mobile networks, designed to accommodate more users on a single network while increasing speeds and reducing latency for each individual user.

In the early stages of the 5G roll out, we have seen three basic variations of the 5G network emerge:

Let’s take a quick look at how these different bands vary in speed and coverage.

The low-band layer of 5G networks acts as the blanket layer, providing the foundation for nationwide coverage. This layer is meant to cover large geographical areas, and operates in frequencies below 1GHz. These frequencies can cover a great distance, but don’t offer users the same speeds as mid or high-band frequencies.

Mid-band 5G steps into a higher frequency range, operating in the 1-10GHz range. This is the type of 5G coverage you are likely to see in major metro areas. As the designation “mid” implies, these 5G frequencies deliver medium range coverage and speeds and are responsible for carrying the bulk of 5G traffic.

Mid-band 5G can handle greater volumes of data transmission for a higher number of simultaneous users for considerably higher speeds and reduced latency.

High-band 5G, also referred to as mmWave 5G, delivers incredible speeds but has a shorter range of distance coverage. High-band 5G operates mostly in the 20-100GHz range. These frequencies are most likely to be seen in dense urban areas or venues that typically house large crowds like sporting facilities, concert stadiums, and convention centres.

Putting it All Together

As you may have noticed, when these 3 frequencies are combined they offer excellent connectivity and data transmission for users in all locations. Because rural areas are less densely populated, low to mid-band frequencies are sufficient to provide users with excellent service. On the other hand, the high frequencies delivered in heavily populated urban areas don’t need to reach as far for user coverage.

I’m sure you can appreciate how the phenomenal speed and low latency of 5G networks can have tremendous benefits for business.

Some big business benefits include:

The most widely talked about benefit of 5G networks is the amazing speeds they will be able to deliver. But, just how fast will 5G networks be compared to 4G?

4G networks are currently capable of delivering speeds of 100 Mbps. Compare that to 5G networks that are expected to deliver speeds up to 10 Gbps, and you are looking at speeds 100 times faster.

In addition to the greatly improved speeds, 5G networks will also be able to accommodate a much higher number of users without sacrificing individual performance. With a wider spectrum band from low to high-band, it is projected that 5G networks will be able to support up to 1 million devices per square kilometre.

This set up is ideal for business enterprises that use 5G TELUS iPhones, Samsung Galaxy, providing the capacity to support every user and device within the company infrastructure. The greater number of available frequencies makes it possible for the network to facilitate a vast quantity of concurrent transmissions.

The massive increase in the amount of remote work being carried out by the average business is also taken care of with the introduction of 5G networks. Employees can use their mobile devices for work tasks from virtually any location without having to worry about poor network connectivity. Higher speeds with greater coverage mean workers can be just as productive out of the office as in it.

A lot of businesses are getting excited about the endless potential 5G offers for the Internet of Things (IoT). IoT refers to pretty much anything you can connect to the internet to gather and share data. For example, IoT can be used to remotely control autonomous cars, smart homes, and even smart cities.

IoT can be used to automate repetitive processes to improve operational efficiency, which helps boost productivity and the ability to deliver better results.